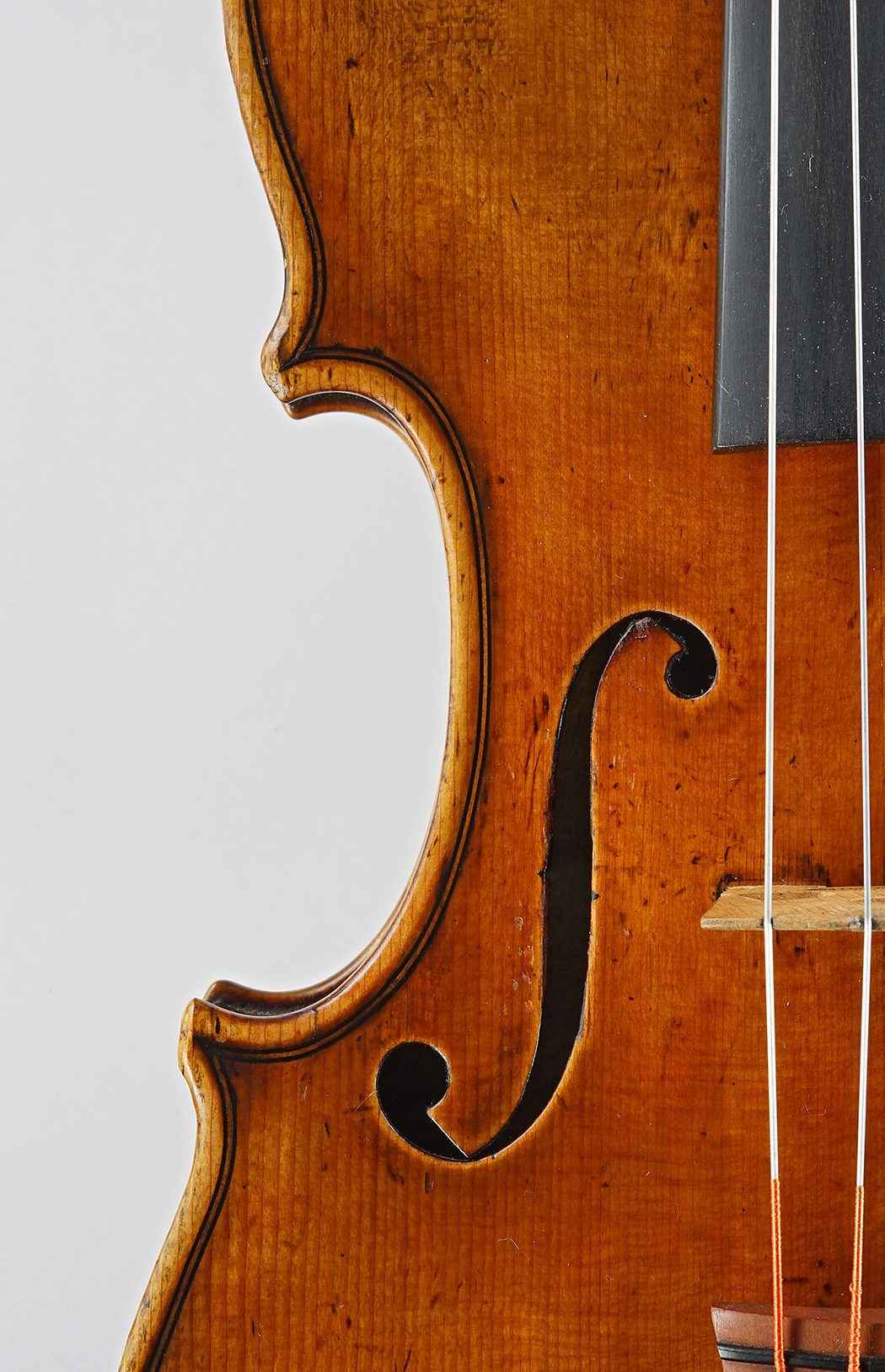 Alessandro D'Espine was born in Geneva in 1782 into a family of nobility. Shortly after the French Revolution, his family moved to Bescancon where for six years he would serve in the Republican Guard. His family would arrive in Paris around 1805 where D'Espine would study medicine. It was here during this time that it is assumed that he trained as a violin maker. He became a dentist by trade and around 1810-12, he moved to Turin. Shortly thereafter, he became surgeon-dentist to Prince Borghese and his family. This afforded D'Espine to explore his hobby for violinmaking, and as French rule ended in Turin, he became the surgeon-dentist to King Vittorio Emmanuele I. Unlike most violin makers, D'Espine had the wealth to invest into his craft as a violin maker and was never under any pressure to produce instruments to support himself, thus his output was not terribly prolific. It was, however, influential in Turin on the emerging school of violinmaking there, including with members of the Guadagnini family and Pressenda as well.

D'Espine was a meticulous and careful craftsman and it is ever so perfectly reflected with this exceptional example. Reminiscent of Pressenda's early work, this violin has the sound of a truly great concert violin and is in an excellent state of preservation, currently the property of a retired member of a major symphony orchestra.