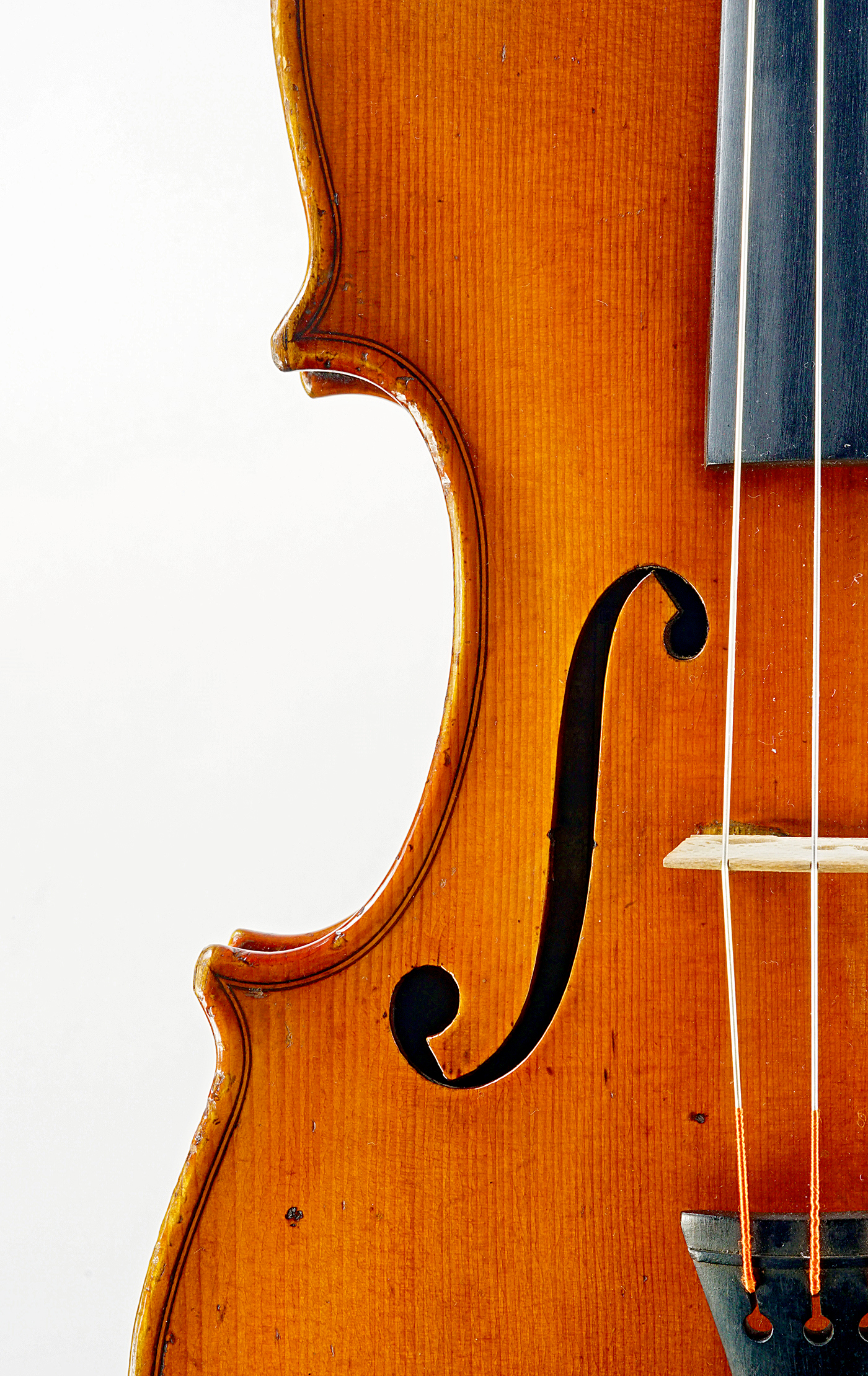 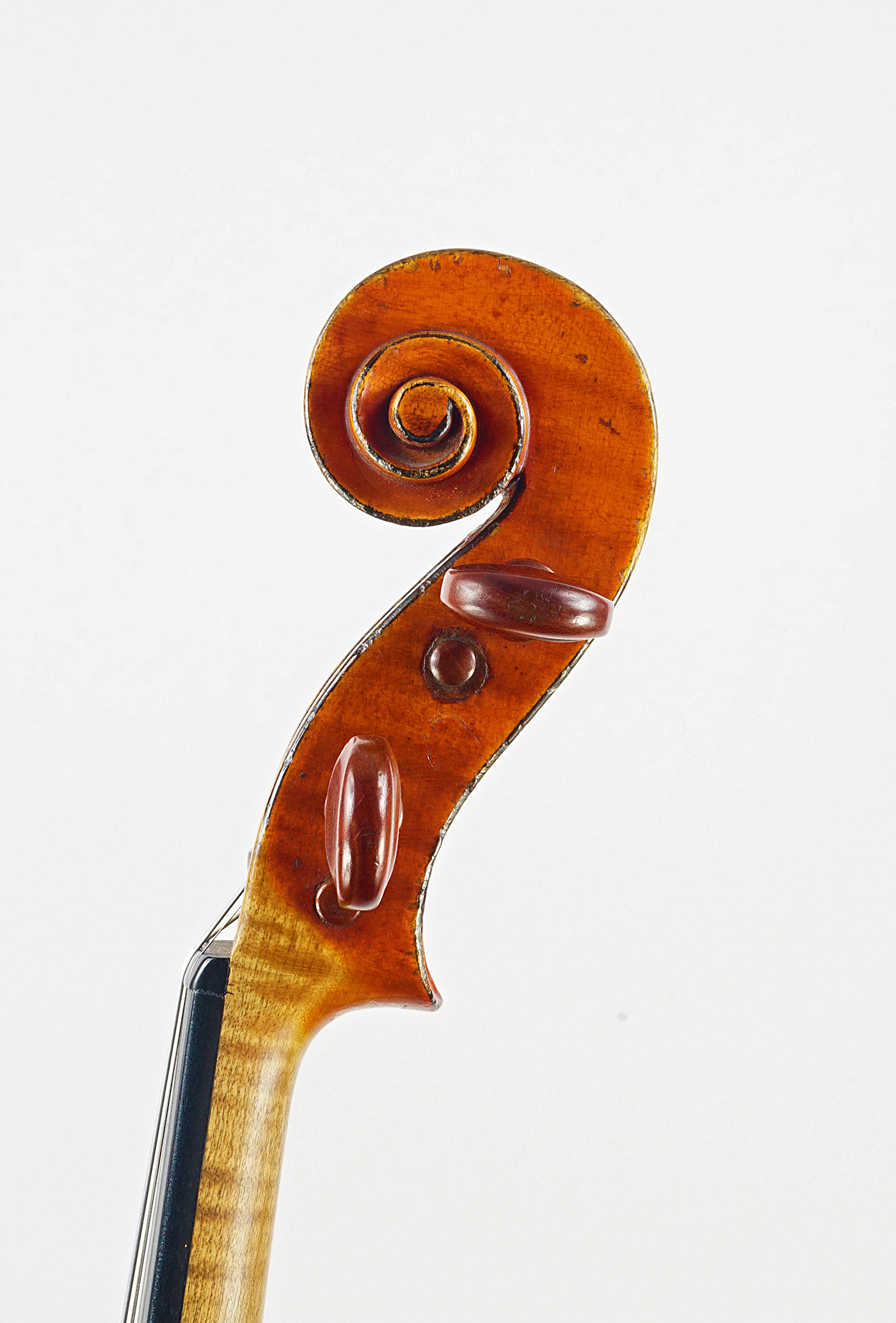 Giuseppe Castagnino began his studies as a violin maker with his father, who was himself an amateur luthier. The younger Castagnino would go on to win a gold medal for his efforts at the Milan Exposition in 1906 and at the Turin Exposition in 1911, where he was introduced to Giuseppe Fiorini by Cesare Candi. He began studying with the master craftsman in Munich, who greatly influenced his methods as a maker and continued on to win silver medals at the 1917 and 1919 Expositions in Rome. Resisting the influence of the Candi brothers, whose work reflected that of the Genovese school, Castagnino worked in a more personal style which reflected the influence of Turin master Carlo Oddone. This violin, made shortly after his time with Fiorini, is in excellent condition, possessing a powerful dark, rich sound; an example that would be perfect for an aspiring professional needing an exceptional violin at a relatively accessible price.