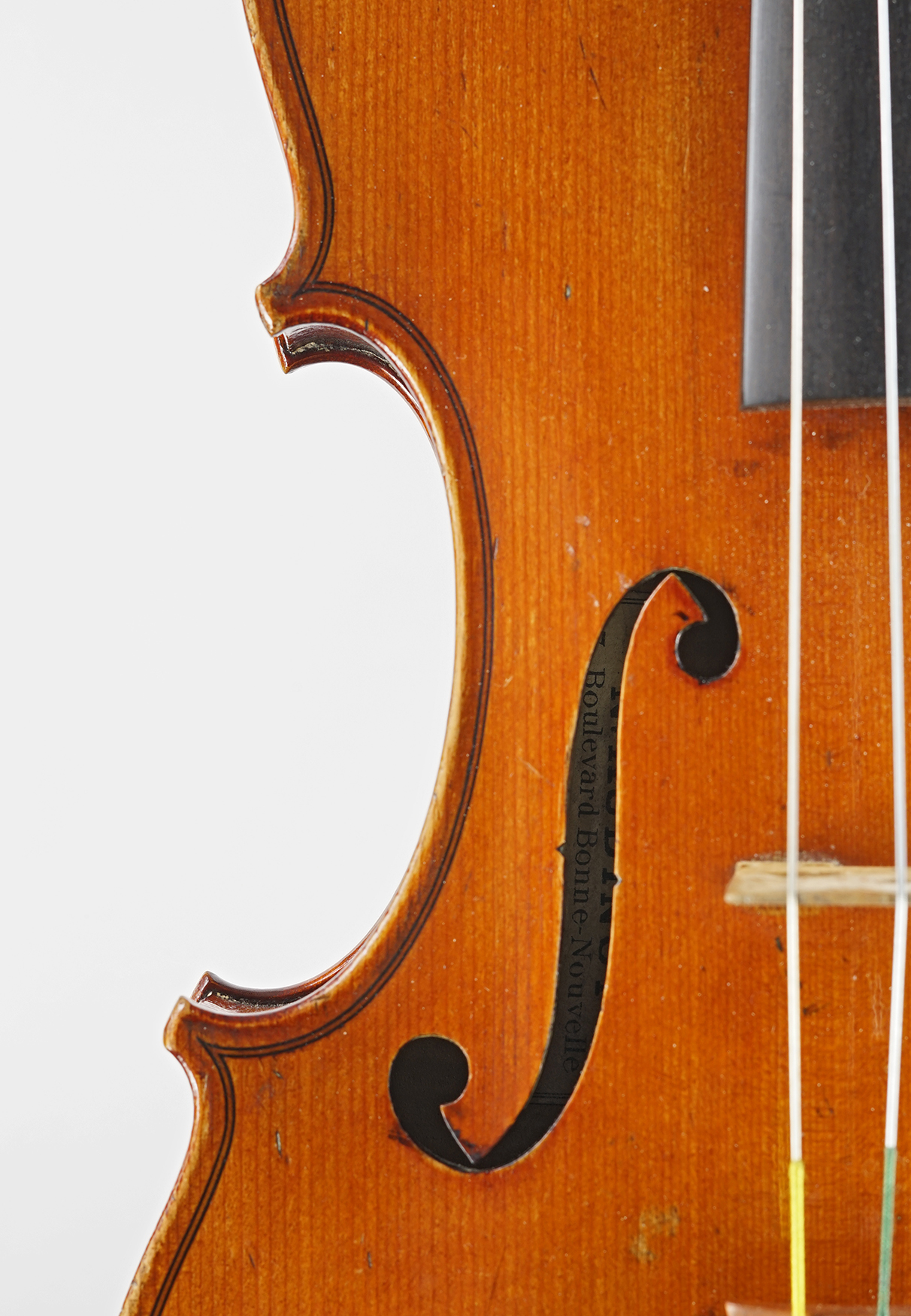 Nestor Dominique Audinot, born in Mirecourt in 1842, learned the art of violinmaking from his father, Leopold. In 1863, he moved to Paris to begin working for Sebastien Vuillaume, the nephew of Jean Baptiste Vuillaume. He would go on to form his own company in 1868 not far from his former master's location, and upon the death of both Jean Baptiste and Sebastien Vuillaume in 1875, he assumed ownership of both workshops and moved operations to his former master's location at 17 Boulevard Bonne-Nouvelle. It is highly likely the majority of the late work of Jean Baptiste Vuillaume is actually the work of Nestor Audinot.

Audinot made copies of both Stradivari and Guarneri del Gesu, this being an example of the latter. It has managed to survive these 130 years without a single crack and is entirely without any repairs. This exceptional example remains in a nearly mint state of preservation with a sound that might fool you into thinking you are hearing a much more expensive Vuillaume.