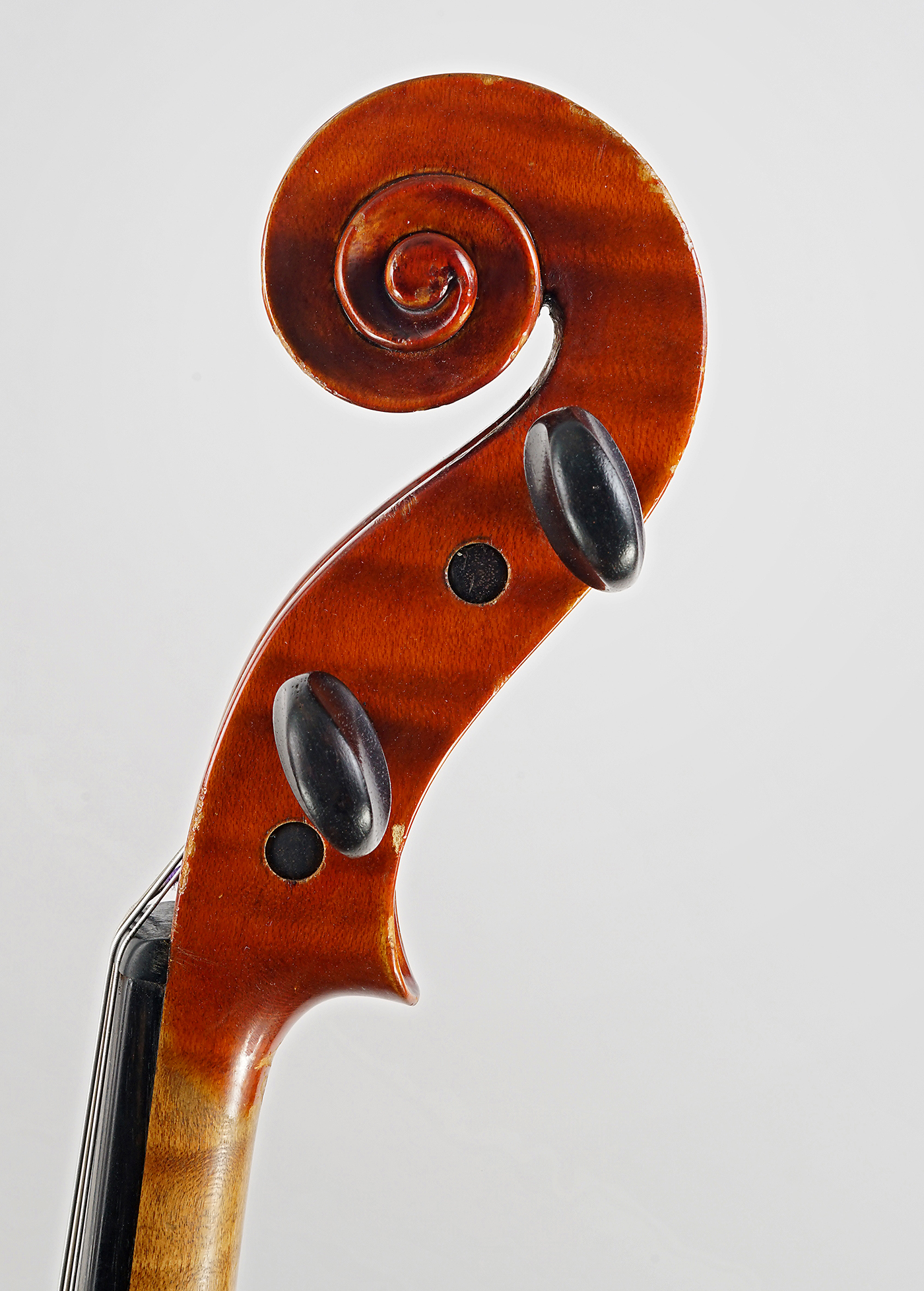 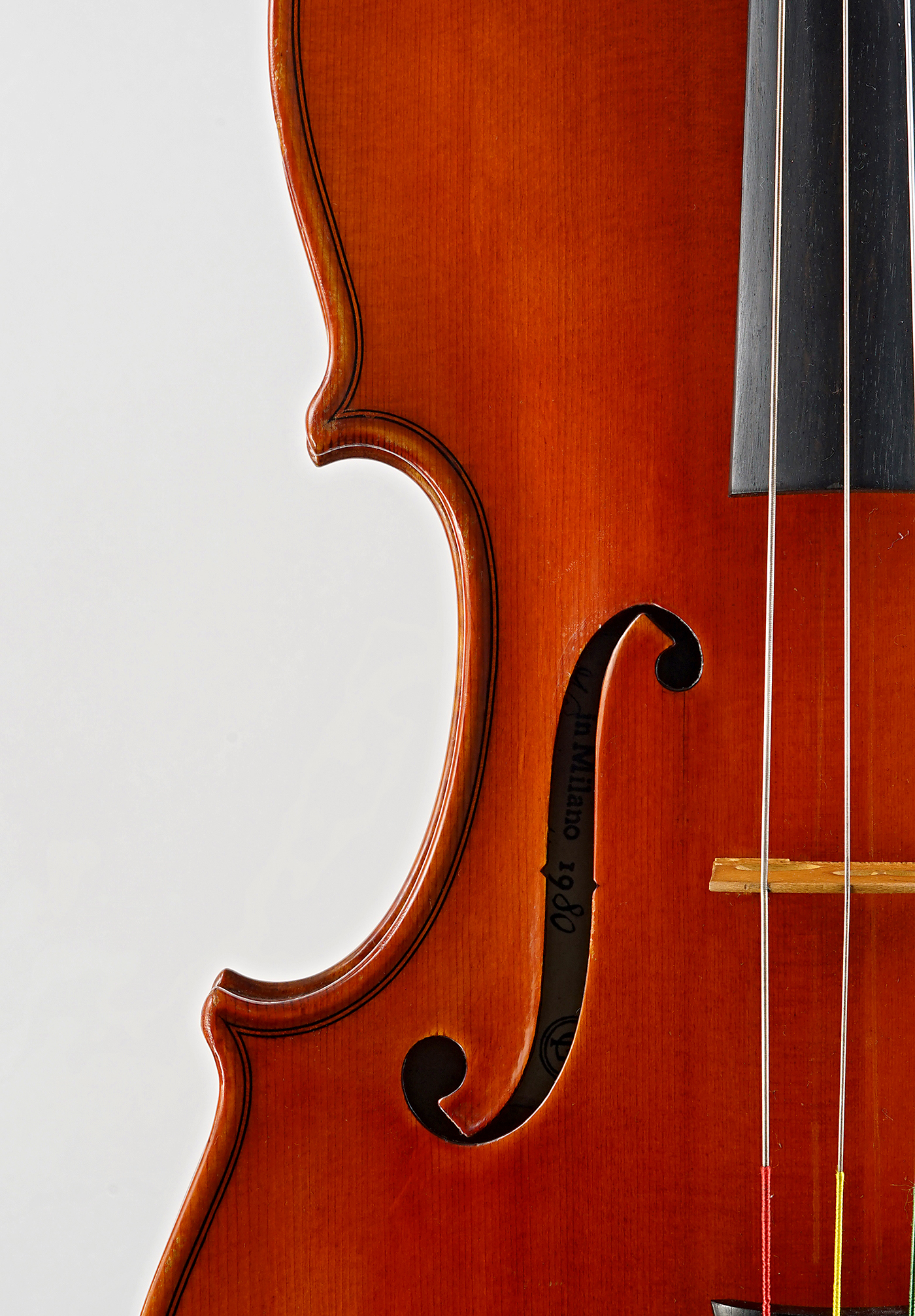 Ferdinando Garimberti was one of the great makers whose origins date to early 20th century Milan. Like Leandro Bisiach, whom he would go on to work for, he studied the art of violin making with the Antoniazzi family. He would also go on to work for Giuseppe Pedrazzini before striking out on his own in 1920. He was a meticulous and precise craftsman, exceptionally consistent, always using the best materials. One piece backs were common, as is the case with this exceptional example, and while his varnish color ranged from orange to orange-red, it was always of superior quality.

The story behind this viola is rather a unique one. According to Nicolo Formaggia, this viola was one of the last, if not the last instrument made entirely by the great master. It remained unfinished in the white upon his death, and at the behest of Garimberti's son Eugenio, the elder Vittorio Formaggia undertook the task left unfinished of varnishing the viola using varnish left behind by Garimberti when he passed on.

This viola is one of our finest sounding instruments and remains in a nearly untouched state of preservation.