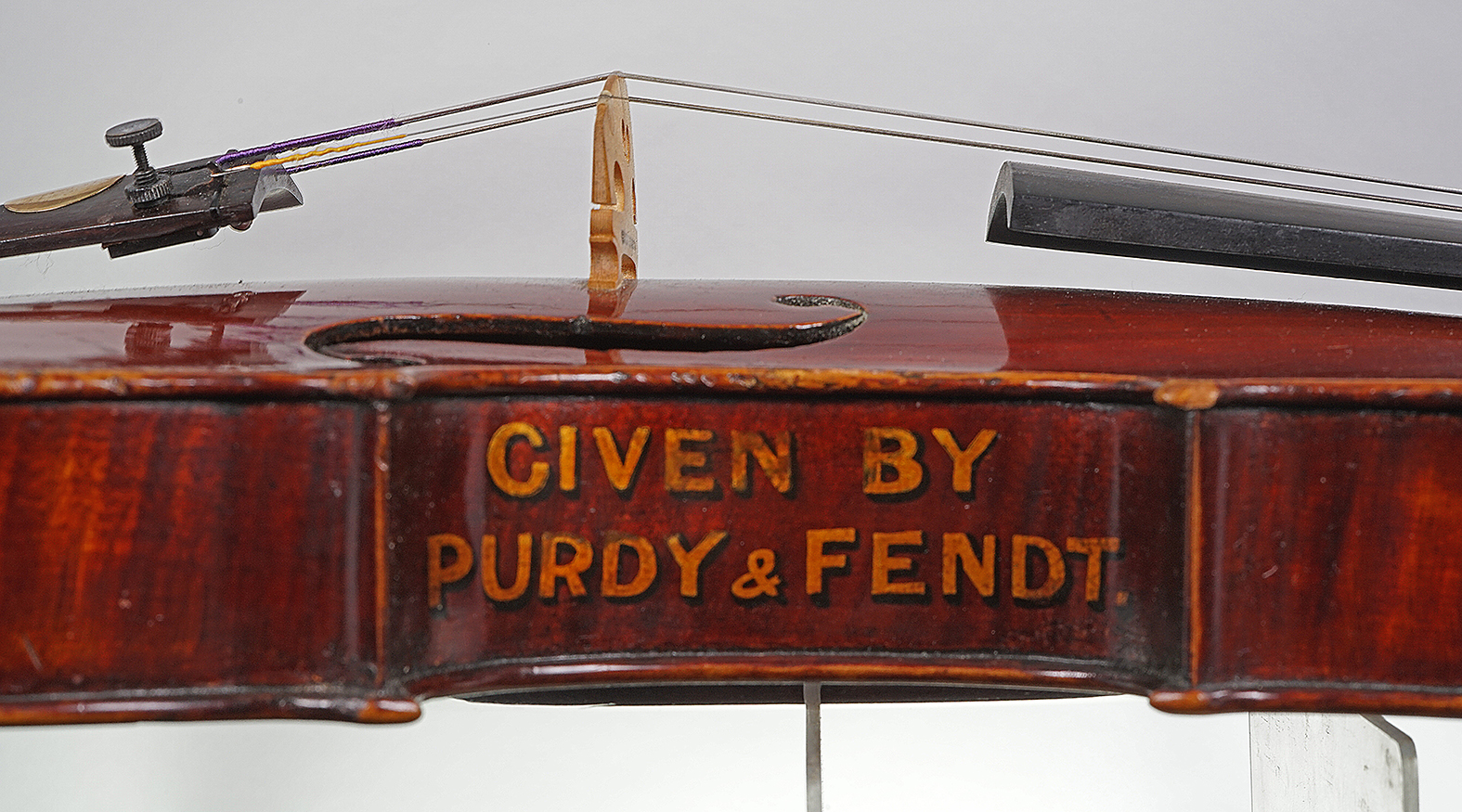 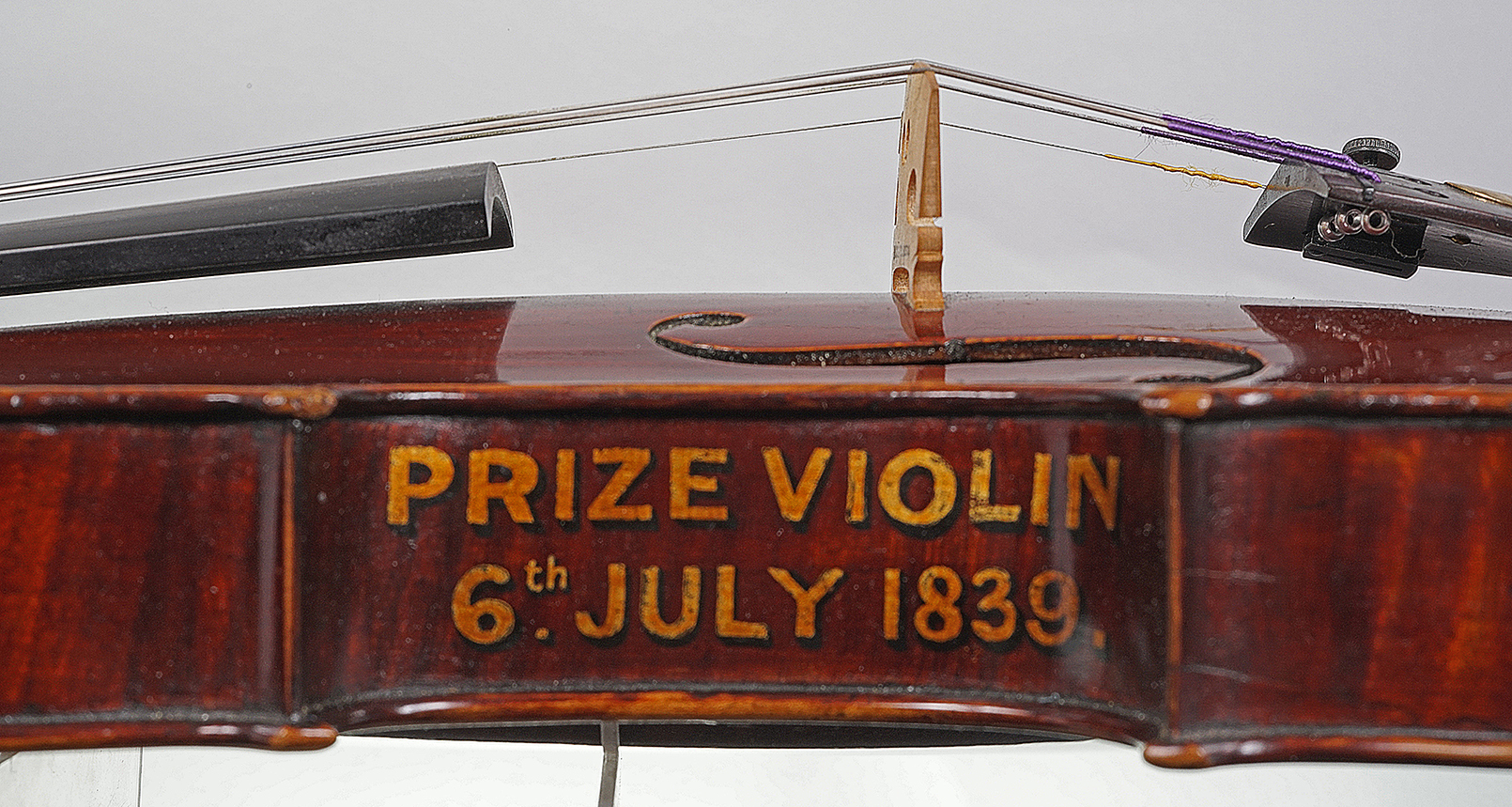 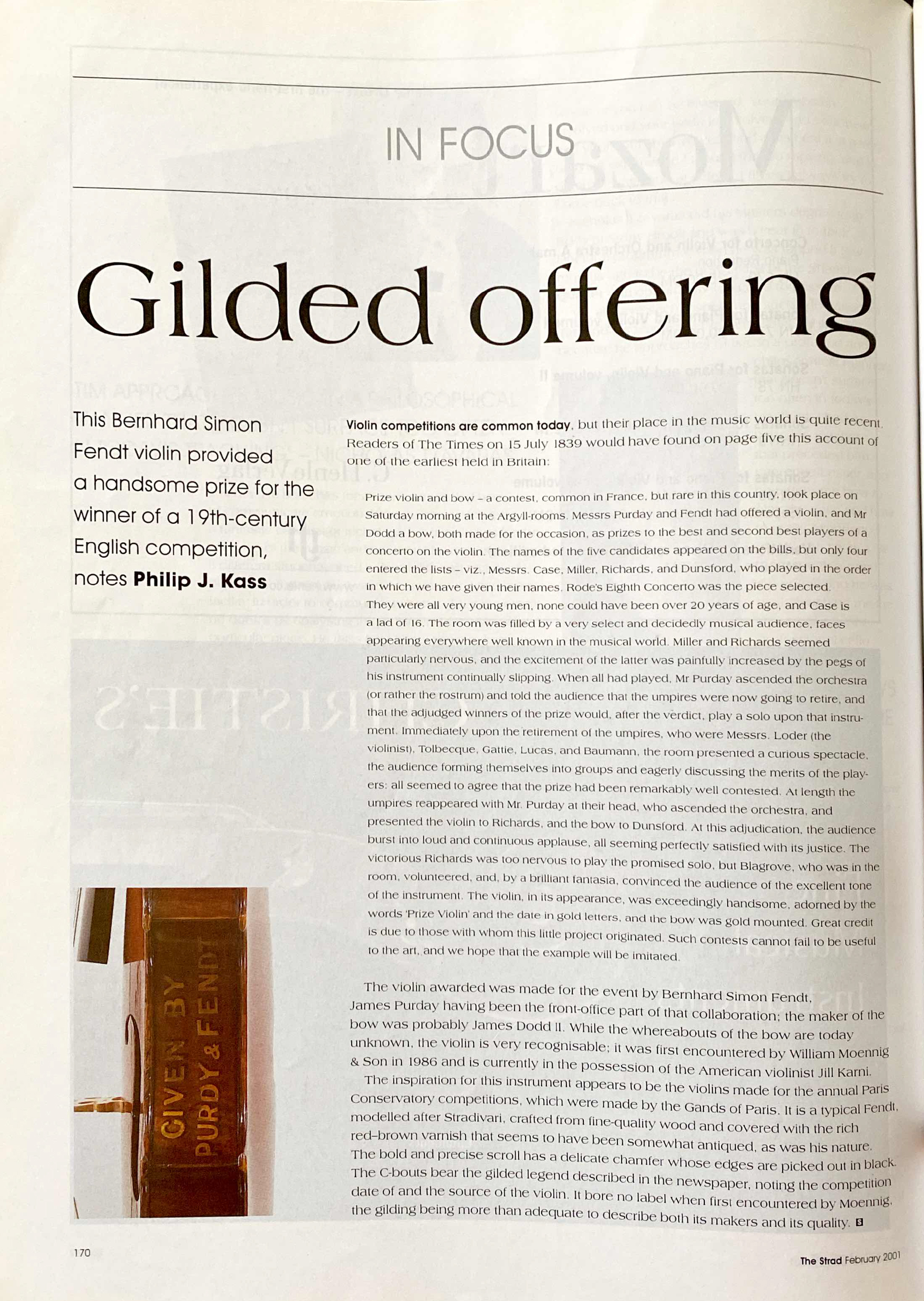 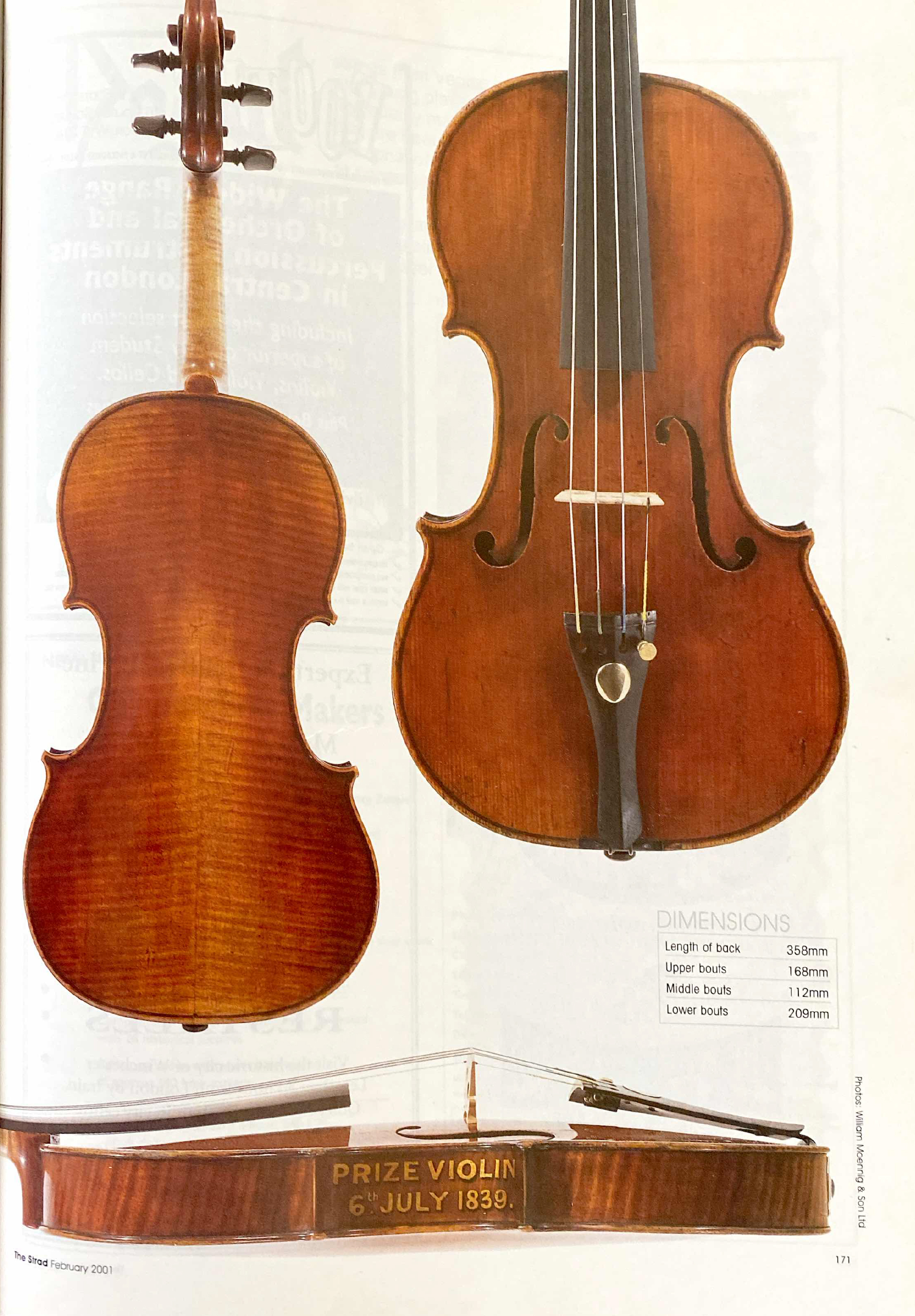 Bernard Simon Fendt II would have learned the craft of violin making from his father, himself a pupil of John Betts. Together, father and son would work for Betts until around 1820 when the younger would strike out on his own. One of those relationships was with a James Purdy who handled the front office while Bernard was responsible for the workshop. Bernard was an accomplished copyist of Stradivari and later Guarneri instruments, which became extremely popular in London after a visit in 1831 by Nicolo Paganini. He unfortunately was not good with money, and died penniless of tuberculosis in 1852

While prize violins were commonplace in France in the early 19th century (i.e. Lupot, Gand, etc.), they were not common at all in Britain at the time. This example is one of the earliest examples of a prize violin made for a British competition modeled after the prize violins made in Paris roughly during the same period. An exact retelling of the events of this competition has been outlined in an article on this very violin in The Strad magazine, February 2001 authored by Philip Kass entitled "Gilded Offering".

This violin is truly a one of a kind, unique piece of violin making history in a nearly mint state of preservation.