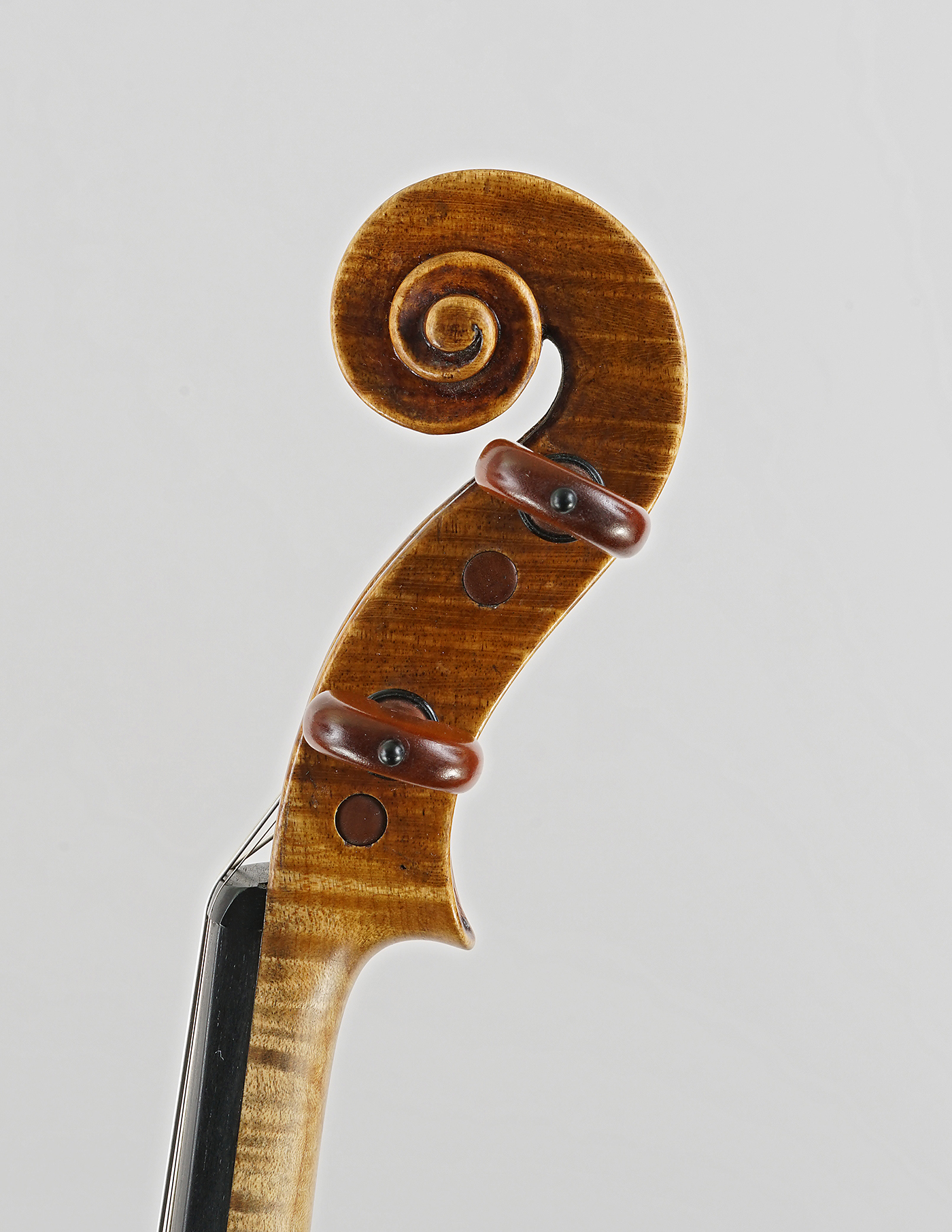 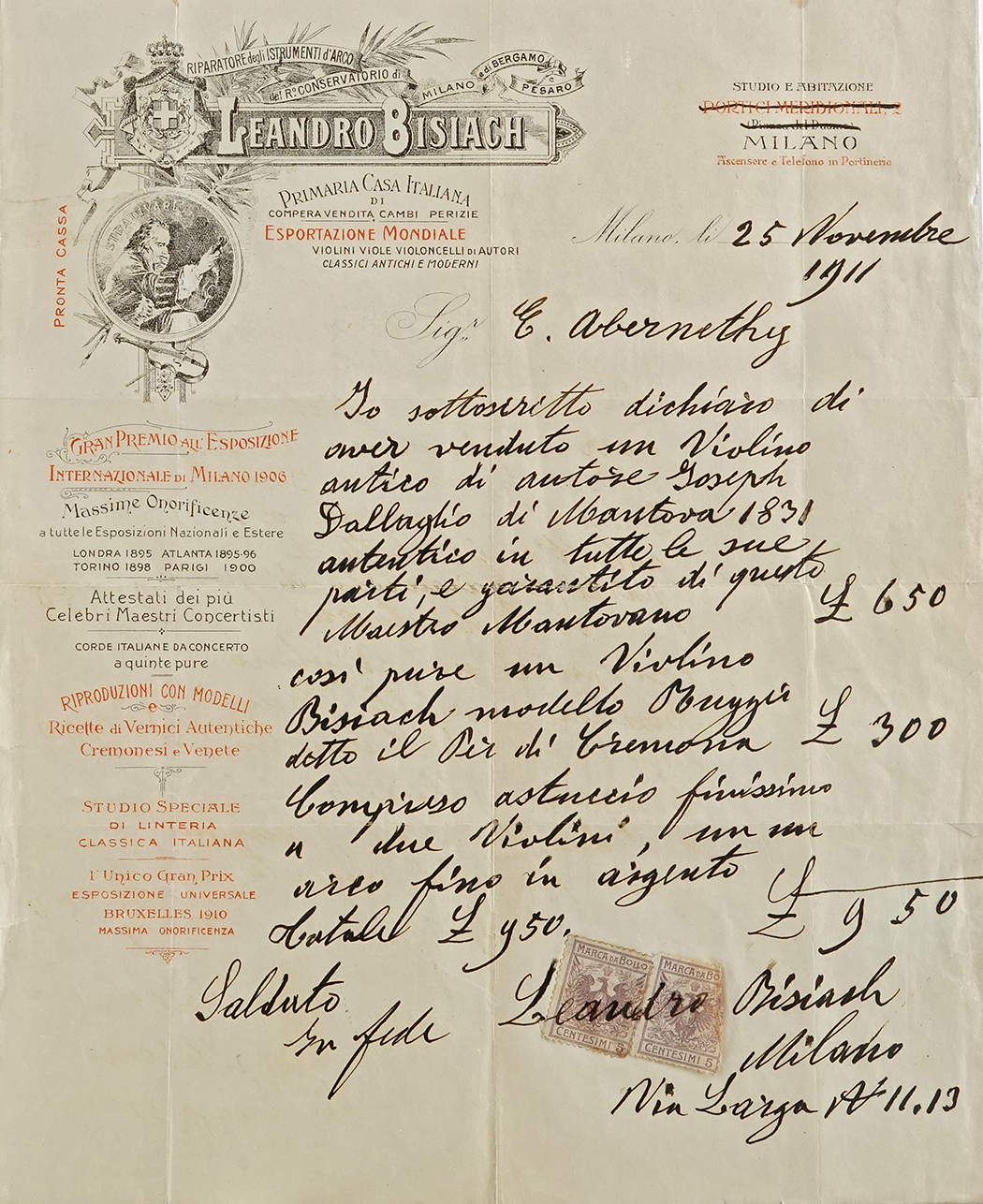 A trained violinist, Leandro Bisiach was an adept craftsman and keen businessman who would go on to lead the most prolific and influential workshops in Italy in the early 20th century. He trained under Riccardo Antoniazzi, and thus can link his heritage as a maker back through the only surviving thread to the Golden Age of Cremona. By the end of the 18th century, only the Ceruti family remained. It was the Antoniazzi family that trained with Joseph Ceruti, thus undertaking the scant knowledge retained from the oblivion of this great era of violin making to Milan. Leandro Bisiach employed numerous makers over the years, including Gaetano and Romeo Antoniazzi, Gaetano Sgarabotto, Ferdinando Gerimberti, Iginio Sderci, Giuseppe Ornati, and his sons, Andrea, Giacomo, Carlo, and Leandro II. His influence on an entire generation of Italian violin makers cannot be understated, and that influence still reverberates today.

‍
This violin is truly exceptional in every way possible, reflecting the maker’s best work from his most desirable period. Bisiach violins have been the favorite of collectors and violinists, which in the past even included Nathan Milstein. This example, a copy of a Francesco Rugieri, comes with the original receipt from Bisiach, which is pictured here.